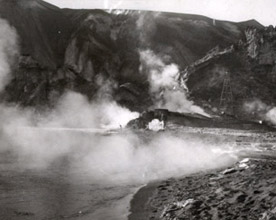 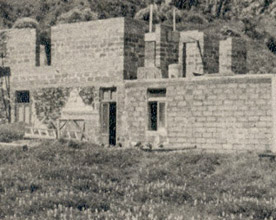 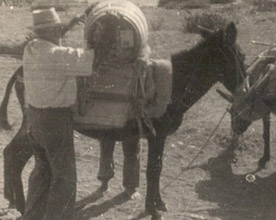 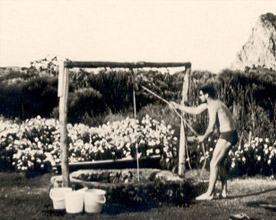 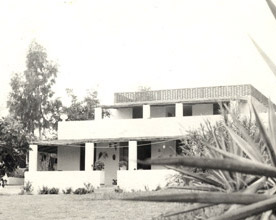 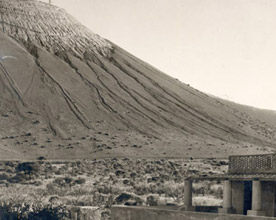 In 1947, at the end of the second world war the German pilot Carlheinz Schmidt was wounded and remained immobilized. Due to his injuries he remained for a while in Taormina with his wife, who joined him and helped with his care. At the advice of a woman who was hosting them, the Schmidts decided to travel to the Island of Vulcano, to try the therapy of the thermal mud baths, that supposedly caused miracles. The thermal mud bath cure proved its validity. The Schmidts remained on Vulcano for three years, in which time Carlheinz recovered completely, and by the end of their stay he could run up to the crater of Vulcano. The island fascinated the couple, and they even built a well with thermal water next to their house. After three years they returned to Germany. Yet the island had captured their hearts, and they could not stay away for long. They returned to their small house on Vulcano and created one of the very first tourist accommodations on the Island of Vulcano: The Schmidt Pension, which quickly became the preferred lodging of foreign tourist, primarily German, and also hosted many famous people.
Over time the old house was abandoned and stopped being a tourist accommodation and the children of the Schmidt’s returned to Germany.
Yet their was a strong connection between this volcanic island and Bernhard. In 2003 he decided to reopen the old family house, as an economical and accommodating bed and breakfast located in a very tranquil area less than five minutes from the Black Sand beach and the commercial centre that is rich in activities and services for the summer tourist.
Yet the story continues .. in 2014 the B&B became a Guesthouse and has improved the services offered for its guests.